NATO, Europe, and the Security of Democracy Václav Havel

Selected speeches, articles, and interviews by Václav Havel  from 1990 to 2002, devoted to the issues of North Atlantic Alliance, European security and the security of democracy. 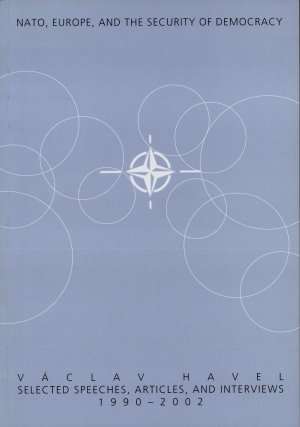 The book offers the public an insight into the views of Václav Havel through a selection of texts covering a period of thirteen years, from 1989 to 2002, and dealing with the cultural identity of European civilization, the import and purpose of the North Atlantic Alliance as guarantor of the security of Europe and its democratic principles, as well as the relationship between Europe and the United States. In his published texts, Václav Havel has devoted considerable attention to the process of NATO enlargement as well as to the complex and still contentious relationship between the North Atlantic Alliance and the Russian Federation. The texts that have been selected give proof of his sustained and systematic interest in the question of security beyond the borders of Czechoslovakia and, later, the Czech Republic.