Bilingual collection of dispatches from the U.S. Embassy in Prague in November and December 1989. 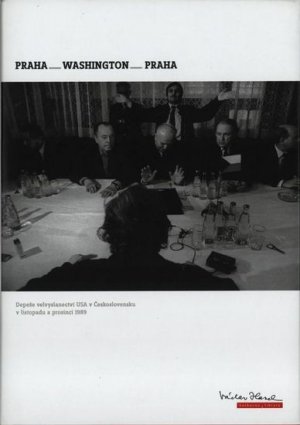 In November 2004, a book of the dispatches sent from the American Embassy in Prague to the American diplomatic headquarters from the revolutionary days of 1989 was published under the name of “Prague – Washington – Prague”. Prof. Vilém Prečan prepared the Czech-English version for publishing from unique archive materials which the American State Department released for this purpose.

The publication gives access to unique dispatches which the American Embassy in Prague sent to the State Department in the USA. The American ambassador at that time was Shirley Temple–Black. The dispatches were made available thanks to the American non-governmental National Security Archive, which received the telegrams upon the basis of the Freedom of Information Act. Of the two and a half thousand dispatches which were sent from Prague in the period of November and December 1989, the book includes the 132 dispatches which have the largest information potential. The book is available for perusal or purchase at the Václav Havel Library.