Biography of an important film producer in the First Republic and Protectorate eras. 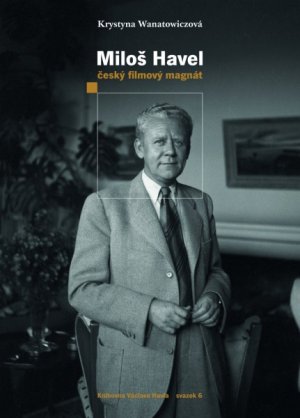 Miloš Havel – český filmový magnát (Miloš Havel – Czech Film Magnate) explores the life of the man who built the Barrandov studios and whose company Lucernafilm produced such films as Kristian, Night Moth and The Grandmother. After the war, ex-president Havel’s famous uncle was lost, just like his best friends Lída Baarová and Adina Mandlová. The book is based on previously unpublished information from the Havel family archive and Germany’s Bundesarchiv, secret police documents and personal testimonies. It also contains unique photographs and excerpts from the guest book at the producer’s Barrandov villa and the Havel family home. In his foreword, Ivan Havel describes the book thus: “A book has been produced that is simultaneously a document, a historical monograph and a gripping biographical novel. If I call it a novel, I do not mean fiction: from the little I experienced of it, I can confirm the factual veracity of the interpretation and I have no problem extending that certainty to the rest… Documentary credibility is a great thing, but what this book imparts to us is something of greater importance. We learn something about both the qualities and the guiles of the Czech and perhaps the general human character, in good times and bad. We learn about the art of business, which we today frequently confuse with the canniness of the cheat. We learn about the difference between true trust and deceptive gullibility. We learn about the illusions of enthusiasts and the chicanery of opportunists…”