Unique edition of a 1977 handwritten diary by Václav Havel. 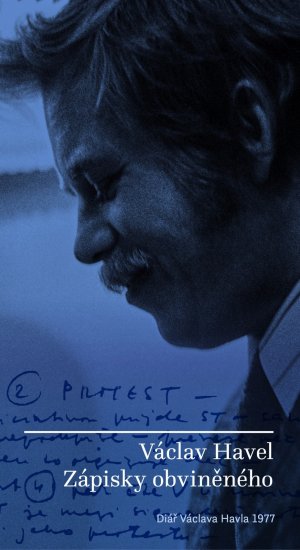 The existence of fragmented diary entries recording Václav Havel’s trying encounters with the Communist authorities’ forces of repression was totally unknown for a long time. Havel himself never mentioned them and rarely returned to the subject of his experiences in prison. They were not discovered until almost two years ago, when David Dušek began sorting out the estate of his grandfather Zdeněk Urbánek, a translator, essayist and lifelong advisor and friend of Václav Havel. In one box Dušek found a diary with notes whose handwriting was strikingly similar to Havel’s. He decided to discuss his conjecture with Anna Freimanová, who was in close contact with Václav Havel during the 1980s, and an incredibly discovery was born: the indisputably authentic testimony of the accused in investigative remand.

Shortly afterwards Dušek approached three close collaborators of Václav Havel’s – the philosopher Martin Palouš, the Canadian translator Paul Wilson and the diplomat and psychologist  Michael Žantovský – with a request to write essays uncovering and elucidating Havel’s diary entries, which are frequently abbreviated. This was the genesis of the book Václav Havel: Zápisky obviněného (Václav Havel: Notes of the Accused).

“The diary, dating from one of the most dramatic periods of Havel’s life, contributes to a greater understanding of the authorities’ targeted attacks on the nonconformist writer, his state of mind at the time, his intellectual and social circle and the torturous dilemma with which he was presented,” says the book’s co-author Michael Žantovský, Havel’s biographer and the director of the Václav Havel Library.