The collection of Václav Havel’s presidential speeches dealing with the topic of European integration. 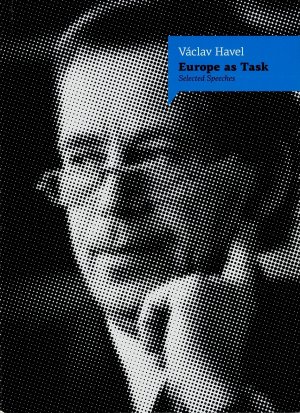 Throughout the period of his Presidential mandate Václav Havel dealt with the issue of the organisation of Europe, from the fall of the totalitarian regime until the Czech Republic completed preparations for membership of the European Union. He thus embodies the continuity of the entire process of integration. At that time the Czech Republic (and before then, the Czech and Slovak Federative Republic) negotiated and concluded the Association Agreement (1991 and 1993), submitted a request for EU membership (1996), and commenced accession negotiations (1998). Václav Havel represented the Czech Republic at the Council of Europe Summit in Luxemburg (December 1997), where it was decided to initiate entry talks with the six new candidate countries, and he was invited as a guest of honour to the Summit of the Council of Europe in Copenhagen (December 2002), where entry talks were completed and the decision was taken to invite the new members into the EU. In his public statements, Václav Havel stressed the timeless aspects of European integration. In his major speeches, such as on the occasion of the Charlemagne Prize awards at Aachen (1991 and 1996), meetings of the Council of Europe (1990 and 1993), the European Parliament (1994 and 2000), the French Senate (1999) and the Italian Senate (2002), he set out the principles governing to the future of a united Europe, its ethical basis and institutional organisation (e.g. the EU Constitution or a second chamber of parliament). As part of Europe-wide political discourse, they were to be major contributions to the debates of the Convention on the future of the European Union.