Just Because I Am Jan Lukeš

Similar but yet so different. In some respects Ivan M. Havel, the younger brother of former president Václav Havel... 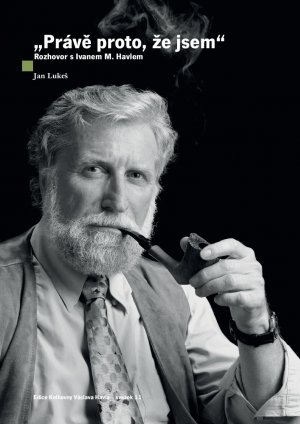 Similar but yet so different. In some respects Ivan M. Havel, the younger brother of former president Václav Havel, was almost Václav’s twin, in others his complete opposite. Like his brother, the scion of a prominent family of entrepreneurs faced the injustices of the Communist regime from his youth. However, he too found success in his own way. He studied automation and computing and in 1971 earned a doctorate in computer science at the University of Berkeley in the US. He soon found himself blacklisted under normalisation so was only able to fully develop his scientific scholarship after 1989, among other ways as the long-term director of the Centre for Theoretical Studies at Charles University and the Czech Academy of Sciences and as editor-in-chief of the magazine Vesmír. In addition he is a man of many interests, penetrative thought and gentle humour, which he displays to great effect in the seven chapters of this book-length biographical interview helmed by the film and literary historian Jan Lukeš. It takes the reader into a world of unconventional personal, familial, political and philosophical reflections that defies all clichés.