A unique detailed monograph of one of the greatest Czechs of the 20th century written by his close collaborator and friend. 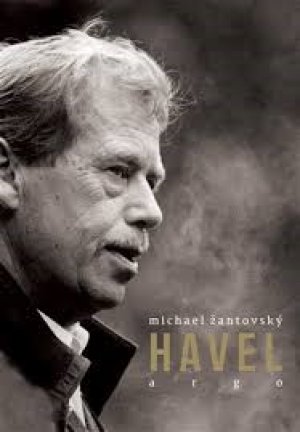 Both of the men worked closely together for many years, they were united by a close friendship - and the political (and to a large extent also cultural) legacy of Václav Havel is still evolving under Michael Žantovský as the director of the Václav Havel Library. However, his book offers not only the author's view "from within"; Žantovský is also able to perceive Havel's work critically, with the maximum of possible objectivity and human and professional erudition. Already the author's original "draft", consisting of three sample chapters, aroused genuine enthusiasm in the publishing world - and today the rights to a 600-page publication (written in English and translated into English by the author himself as an acclaimed translator) have been sold in ten languages, while other language translations are still under negotiations. This enthusiasm is confirmed by the first reviews, published before the autumn edition of the book - they talk, among other things, about "vivid, detailed and dedicated biography - an impressive, sensitive chronicle, successfully capturing the intricate destinies of a great figure of the 20th century" (Publishers Weekly) or "An impressive biography of a great man in the middle of the history of a hard-pressed nation" (Kirkus Review).