The second volume of the printed edition of transcripts of President Václav Havel’s legendary radio programme. 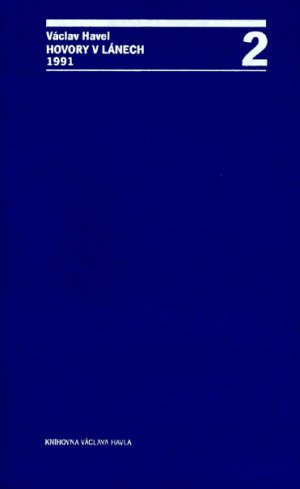 The book is supplemented by rich footnotes and an index. It offers insights into his views on the world, Czechoslovakia and Europe, and into his performance of the highest constitutional office during the period when the Gulf War broke out, the putsch took place in the Soviet Union, Yugoslavia fell apart violently and Czechoslovakia itself faced splitting.

From the very beginning, the decision on publishing a book of radio programs collided with the fact that Václav Havel never considered the speeches and interviews for the media as part of his work. As a writer and playwright, he considered the spoken word to be a specific genre that could not withstand the criteria of well-thought-out formulations of written text.

Václav Havel's work is contained in his Writings (Torst 1999, resp. 2008, VHL electronically in 2016), but other sources are important for understanding his thinking, including interviews for print and electronic media.