I am the Gypsy Baron Emil Ščuka

Memories of one of the key figures of the Roma minority group in the Czech Republic. 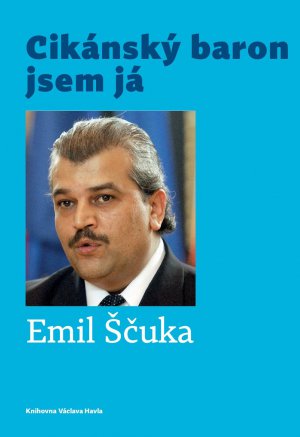 A three-part book of memories of Dr. Emil Ščuka, who had and still has an important role in the emancipation processes of the Roma minority group in the Czech Republic and in the formation of the Roma nation in the international context, accelerated after the fall of communism in Central and Eastern Europe, or after the so called "miracle year". In the first part, Dear God, Ščuka tells about his childhood, education and the experience he went through as a Roma prosecutor in the last decade of the communist dictatorship after completing his law studies.

The second part, One Swallow Doesn't  Make Spring, deals with the emergence of the Roma political movement in Czechoslovakia after the Velvet Revolution and the experience that its leaders had in the renewed Czechoslovak and later Czech democracy.

The third part, I am the Gypsy Baron describes Ščuk's efforts in the international field. However, it does not only address the Roma issue within the Masaryk´s Czechoslovak Republic and the two successor states established in 1993 on its territory, but also the issue of a wider scope. The angular problem of the transition from the "short" 20th century to the new era, whose features emerge around us in the first decades of the 21st century, is the existence of the Roma nation as a distinctive entity, which has no territory to declare its sovereignty and to implement its national agenda, but nevertheless aspires to be an equal partner to other European nations in the process of European integration and, in this context, to pursue the long-term goals of its "national revival".